You are here: Home / Articles / The hotel's star - real determinant of standard or minor cheat? 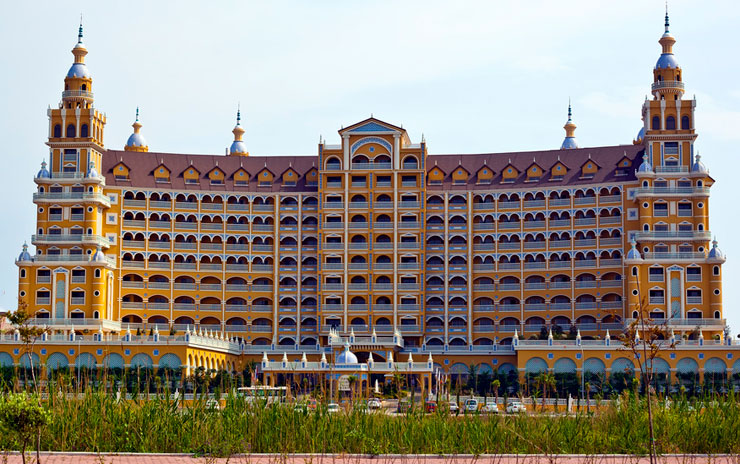 The hotel's star - real determinant of standard or minor cheat?

Four-star hotel standard undrifted of a two-star and three-star full of luxuries - such situations meet tourists quite often. What really lies behind the stars of hotel? And what go by choosing the right hotel?

Categorization of stars determines the level of the standard, whcich represent hotels. The principle is simple: the more stars it is a higher standard of services offered by the hotel. Stars at the name of the hotel are some kind of facilitation and help make decisions, but often do not give a hundred percent guarantee. There are cases in which five stars does not mean luxury standard, while one-star hotel with surprisingly does not have to resemble the ruins. Such situations show that the star system is not a system neither a universal nor standardized. In each country are taken into account various criteria for distinguishing hotel standards.

The difference between countries occurs especially in the number of stars awarded to hotels, sometimes in different labeling hotel  standards. Most countries operates a 5-step scale. However, eg. In Malta highest medals are four stars and the hotel Burj al-Arab in Dubai goes beyond a common standard is the world's seven-stars hotel. In Greece, more often than star we meet letters. Category L is for deluxe class objects, letters A, B, C are suitably 4-, 3- and 2-stars. Hotels without stars are now rare, although in countries such as Austria, England, France or Germany owners are not required to undergo the classification of hotels and giving them the category is rather voluntary. In Scandinavian countries such as Sweden, Norway and Finland star hotel system is not functioning at all. Determinants standards are also defined by the relevant authorities in each country (institutions, government offices, private associations). In some countries its own criteria have even individual regions. And so 3-star hotel in Madrid may differ from the 3-star hotel in Granada.

Sin often committed by owners is the use of the name "hotel" with regard to accommodation, which does not meet the criteria to qualify him for any category of hotel (for example hotel, motel, b&b's). - The different indicators affecting the quality of broadcast medals are the cause of numerous conflicts that evaluate in problems with which customers struggle . Therefore, some tracel agencies enter bring their own categorization, making it much easier to compare objects.

During the awarding stars are taken into account various factors. The most common stars are counted in square meters, which means that metric area of rooms, surfaces in hotel rooms and the same size of the object has largely impact on the number of stars. Hotels are also categorized based on the level of quality of services, equipment, location and additional convenience.

* Necessary minimum, basic services and equipment room with a bed, a sink, a wardrobe and a bedside table, bathroom does not have to be inside the Room, Room Service should use English at least communicative level;

** Breakfast is usually included in the price, the rooms have private bathroom, telephone and TV guest parking sometimes is available a garage, a double room must have at least 12 m2, some currency exchange;

*** The installed air conditioning in the room, daily bed linen and towels and cleaning rooms, restaurant in the hotel, sometimes SPA and fitness, the service should speak two foreign languages ​​in addition;

**** A high class and quality equipment rooms, rooms equipped with a minibar and a safe in the hotel mandatory should be gym, spa, conference rooms, rooms with Internet access.

***** Top-class service, comfortably furnished apartments, luxurious standard for each room a parking place, a mandatory elevator, room-service operates 24-hours, and the hotel reception is fluent in two foreign languages, the best location in the center or close the beach.

In some hotels abroad stars were broadcast a few decades ago. Part of the hotel since then have not done any redecoration. Sometimes it turns out that the 4-star we meet standards where time stopped 100 years ago. Markings accommodation facilities show that comfort, luxury and comfort is a relative term. What is considered a high standard in the Middle East, not necessarily it is considered the norm in Europe. The quality criteria for specific categories of hotels are formal criteria. Hence stars will not be converted neither purity nor the courtesy of the hotel staff. Very often there are situations in which a 4-star hotel in Turkey or Tunisia and a hotel with the same number of stars in Spain or the United States have two completely different approach to luxury. If you decide to stay in the Arab countries, decent and comfort conditions at national level hotels give us more than 3-star standard. 5-star hotel of Sharm el-Sheikh may have a similar standard to a 3-star hotel on the east coast of the United States. For comparing hotels in Egypt, Turkey and Tunisia with those of Western Europe,you should to subtract at least one star. Going by the only star classification lot we can take a risk. Relying on categorization can be very confusing. A common practice is to overestimate the number of stars and recently also lower. To encourage visitors to take use their offers, hotels resign from one or two stars without changing the prices. Runs then a psychological mechanism, which shows the consumer that offer relative to money is actually affordable.

Gazing at the stars - what go by choosing a hotel?

Before choosing the hotel is best to look at the opinions, which  the object have on the Internet. We can look for private reviews and subjective commentary in specialist forums and blogs dedicated to traveling. The best recommendation may also become Internet  comparisons and websites for tourist facilities. Very important is the location of hotel building. Therefore, depending on the purpose of our visit to the hotel, you should consider its location. If we want a luxury vacation on the object, the distance to nearby shops or restaurants will not be the key for us. However, if our holiday we do not want to spend only at the pool, let's find such a place, which may prove to be an ideal excursion base to the center or other strategic points in the city. Unfortunately hotels in downtown sometimes can be several times more expensive than those located on the outskirts of the city.

Price is one of the main criteria that we consider when choosing a place to sleep. Usually, the lower the price, the proportionally lower standard, but try not to do with money strongest influential factor. On business trips, just as during the holidays, usually we want to relax in the most luxurious conditions allowed by our budget. However, many hotels offer  promotion, which allows for spend time in comfort for a really affordable price. To avoid disappointment, we can instead choose hotels from large chain. The International hotel brands (Hilton, Marriott, Novotel, Sheraton) have a duty to maintain the same standards regardless of the city and the country in which the object is located.

Sometimes it happens that the images and information from the directory or hotel website do not reflect reality. It is not worth suggest them. You better make sure sooner or at least agrees specified  location. Irreplaceable may be web-based tools based on satellite images as even Google Street View. Thanks to this convenience without leaving home we will see how the Hotel and the entire region. An important aspect in choosing the hotel should be also possible to book in on-line. Best to go out on the booking room via booking websites or via online travel agencies. Prices quoted on the website of the hotel are often overestimated. At the same time in the Internet is valid general rule: the sooner the cheaper.

The rooms and additional services provided by the hotel lies in the personal preferences and tastes of the client. If particularly dependent us to any specific service or convenience let's write an email or let's call the hotel to learn about all our interesting details. We must also be aware that in a situation in which the hotel did not meet our expectations, we have the right to complaint. First of all irregularities must inform the resident and hotel owner.